As I first entered Pointe Saint Charles on the 57 bus, I was struck by two things: #1: The amount of fostered beauty in this neighborhood is unparalleled in Montreal – and #2: There are no people on these streets. 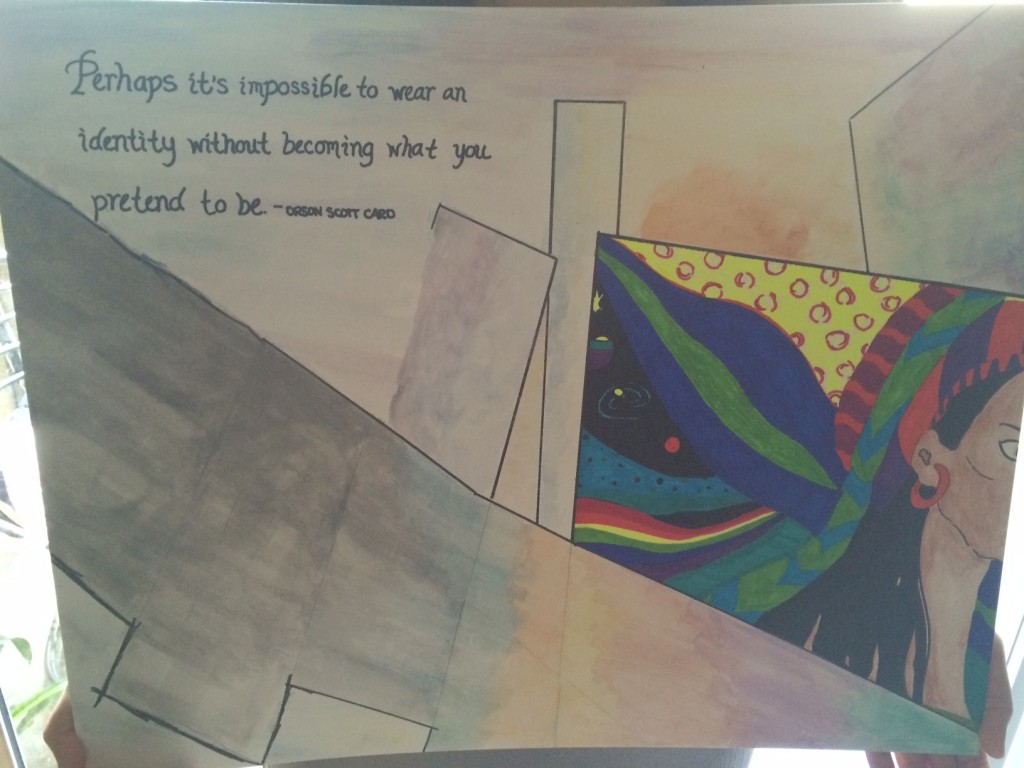 As I began to interact with more people in the neighborhood, I found that these two observations were correlated. As the neighborhood was evolving, many families were moving out and dispersing across Montreal and beyond. Many expressed sadness at the dwindling of conversation and community identity. I took these feelings and made them into a multimedia piece. As I’m asking the community to take a risk with me that may make them vulnerable, I chose to work with mediums that I don’t feel I’m good at-that made me vulnerable as well, hopefully to let the community know that I will be vulnerable and taking risks in this journey also. The presence of shadows without buildings symbolizes the feeling of a fading identity in the presence of gentrification. As the buildings begin to emerge and explode into a multicolor mural that is found within the Point, the hidden identities that still exist within the community emerge. The joy, kindness, and sense of community rings through the shadows until one vast blend of colorful identity shines through.