Sites of Social Engagement and Culture at the Point

I was first drawn to Point Saint Charles’ elliptical shape. Ringed by industry and cut off from the rest of the city, it suggested a neighbourhood that would become self-reliant and inward looking. These were ideal circumstances for the development of a distinct or idiosyncratic culture.

Statements made by residents on oral histories, at the Oral History centre and in the book, City Unique; Montreal Days and Nights in the 1940s and ‘50s, by William Weintraub, indicated that some people did feel they had a separate identity to the rest of Montreal, which was partly created by socio-economics but also sustained through culture. 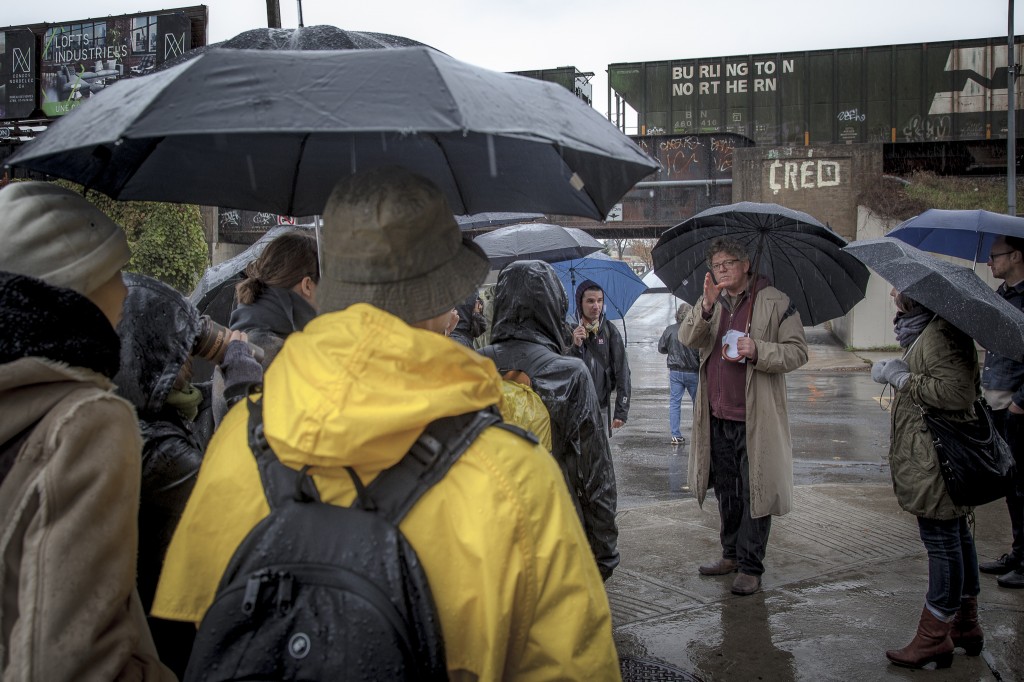 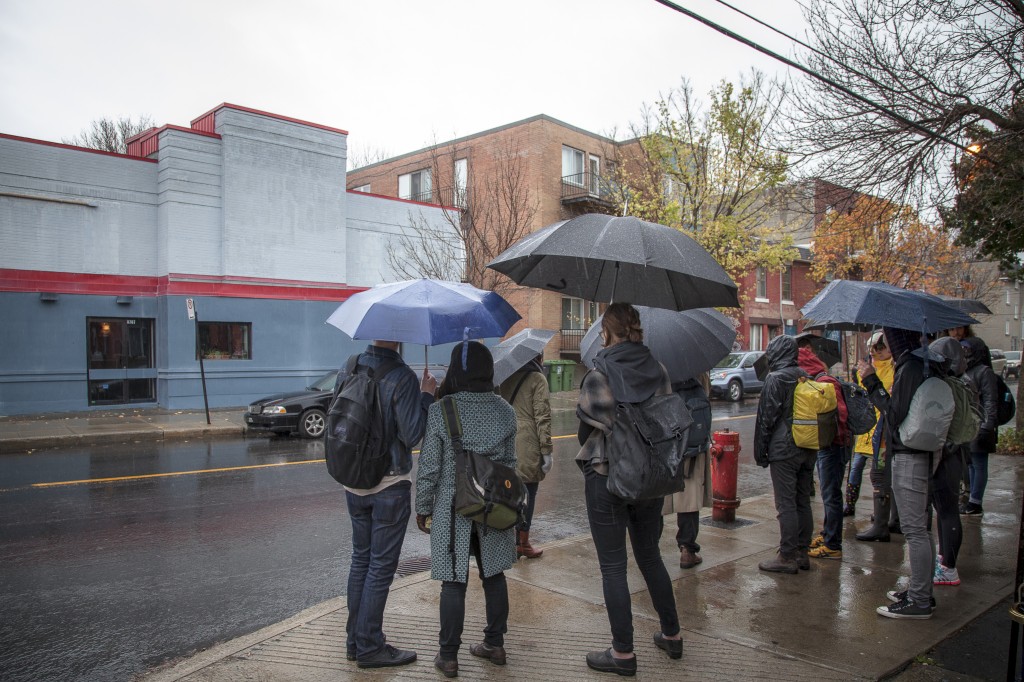 Because this was a study of the urban environment and not a general social history, the central issue was where to find the traces of this culture in the buildings and spaces of Point Saint Charles. Reading Jessica Mills’s thesis What’s the Point, I came across a statement that boxing and football were very popular at the Point. These being two sports that were renowned in the 1940s and 50s as working class sports that nurtured fierce, local loyalty, I settled on boxing as a place to start. This proved fortuitous.

News reports from the Montreal Gazette published in the 1920s and ‘30s revealed that boys from Point Saint Charles boxed at a club in Griffintown, where they frequently dominated amateur tournaments. Most of them had Irish surnames. In the 1950s the Boys and Girls Club was opened on Ash Street. In the late 1970s it would hit economic troubles and the YMCA took it over. A report from the time said that although the YMCA had a general policy of not offering boxing as a class, its popularity at the Point had led the management to revise that thinking.

Some of the boys who trained at the club in the late 1950s probably went on to join the Shamrock Club. Located on Centre Street, above the Griffin Bar, it was a club for adult boxers, and as the name suggests, had a strong identification with the Irish community. The bar and the club upstairs have now closed, which is a pity. It would have been good to see if anything of the history remained upstairs.

Boxing has always had a symbiotic relationship with crime, and one of the most notorious spots at the Point was the Olympic Tavern on Wellington Street. People interviewed by the Oral History Centre mentioned the tavern as a place to avoid. With its boarded façade it never looked inviting and when we describe it as an Irish bar we mean that French Canadians weren’t welcome. Weintraub describes a particularly rough bar on Wellington Street in the 1940s known as The Bucket of Blood. It sounds like the same venue, in which case we see a reputation surviving several changes of name and management. On the issue of whether a distinctive culture developed at the Point, it is important to examine the antagonism between the Irish and French communities. When people describe the sense of community that existed at the Point, they are often talking about an environment where they not only felt isolated from the rest of Montreal but also from a significant proportion of the residents at the Point.

Further up Wellington Street, on the corner with Butler St, is the Pub Saint Charles. Sited across the road from the Owens-Illinois Glass factory, formerly Dominion Glass, it would have been a popular destination after work.  A question that would have been worth pursuing (and still is) is what type of identity developed around the bar. Dominion Glass would have been a unionized workplace; to what extent would that have influenced the culture of Pub St Charles? There is a brief but potent history of labour activism at the Point during the 1920s, when unions threatened to organize a general strike across Canada. Time prevented a more thorough investigation into the relationship between particular bars and unionism.

The last stop on the walk was the old Vogue Cinema on Charlevoix Street. What drew me to this site were comments made to Weintraub by a former resident, Beverley Poyle, that she rarely left the Point on weekends. In that case, what did she do?  If she was like a lot of people, she went to the cinema, almost as a matter of routine. The cinema’s site is worth comment because today it appears to be in an isolated area surrounded by housing. We would expect a cinema to be in a more commercial area, and perhaps it was. In the 1940s there may have been much more of a mix of residential and commercial in that immediate area. As usual, it is always worth investigating the layout of the neighbourhood. There is a depanneur and another former shopfront across from the cinema. Could these have been cafes people went after the cinema? Something to investigate is the faint possibility that old records from the cinema still exist. It would be useful to discover if the films shown were exclusively English or French, or a mix, and what types of films were shown. Would it show romances because its audience was predominantly female, or westerns or war films because the audience was mostly male?

I did not look at other, obvious places such as the Ukrainian church, but what I found suggests that if we look at these sites of social contact we might also find corresponding patterns of behaviour. If French speakers wisely avoided the Olympic Tavern, what effect would that have on neighbouring businesses. If you were a French speaker, would you really want to open a business next door to it? If the Pub Saint Charles was associated with the Dominion Glass workers, what about other bars close to factories with a particular culture associated with a union? I feel at the end of this that I have answered very few questions I set out to but mostly raised more.