Crafting at the YMCA

This semester has been spent volunteering at the YMCA in Point St. Charles each Saturday.  I have been responsible for facilitating and co-facilitating workshops with youth ages 13-17 in various areas such as Arts & Crafts, Theatre and Stop Motion. One Saturday I got the opportunity to lead a crafting session. 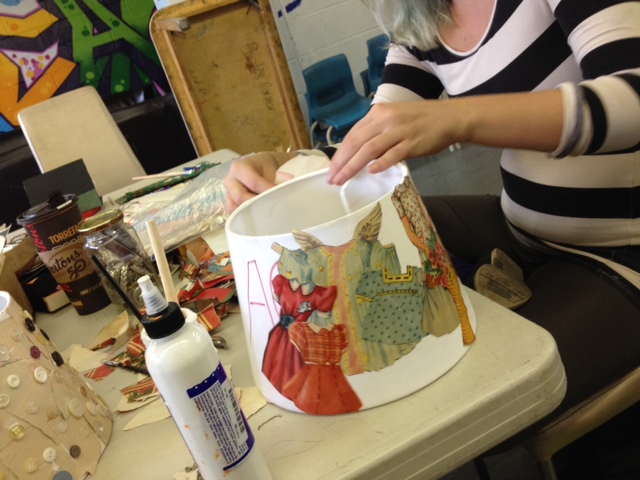 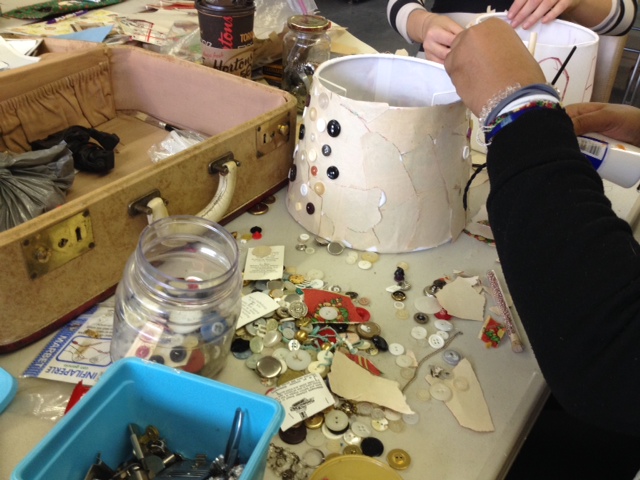 I brought an entire suitcase full of odds and ends that my friend had found in various garbages around Montreal.  Almost all of the supplies for crafting were upcylced. In total we crafted for about 2 and a half hours. At one point, there were 7 girls crafting around the table.

The girl who made the lampshade with the buttons that is shown in the pictures, used old christmas wrapping paper face down.  When the light shines through, there is faint reminiscence of the christmas colours that can be seen.  She also took the photos above. She told me of a cool project she once made for her friends where she took an old Minute Maid frozen juice container, wrapped embroidery thread around it, and then cut it into strips for bracelets/bangles. HOW COOL!

Others who were there focused on making friendship bracelets out of embroidery thread.  It was a chill crafting session, that involved a lot of chit chat, and getting to know each other.