The Living Scrapbook is an innovative, artistic form I’ve been developing, a multimedia project that would hopefully involve, represent and serve the community. The idea came as I explored Pointe-St-Charles, recorded my impressions of the neighborhood and gathered as many photographs, sounds, quotes, painting and maps as I could find. 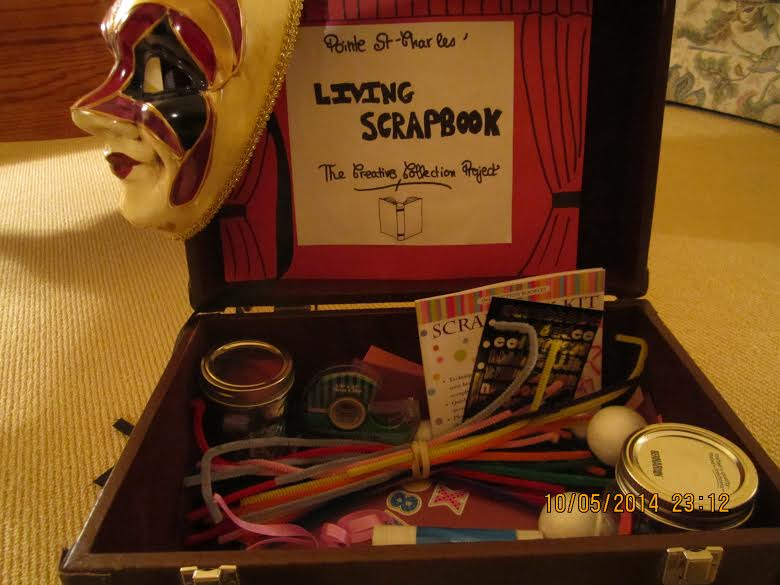 Having collected such various materials, I started imagining an interdisciplinary form where different objects, articles and artistic responses to Point St-Charles could be presented and juxtaposed in one thematic and aesthetic frame. Rather than try to build a collective creation with our partners, I thought, given the limited time we have, why not build a creative collection, an array of snippets, scribbles and snapshots that when put together draw an artistic, diverse and fuller portrait of the neighborhood. Greatly inspired by Jan Cohen-Cruz’ article, Cohen-Cruz, Engaging Performance: Theatre as Call and Response, I hoped to create a project where my work as an artist would not be to speak on the participants behalf, but to give them the necessary tools to express themselves on their own terms. In that sense, the Living Scrapbook is an incredibly free and flexible form of art: it allows participants to create with the media they choose (rather than have us, as artists fly into the community and impose we make a theatre piece). Also, I thought the idea of the Living Scrapbook could effectively illustrate the social mishmash and urban palimpsest that is Pointe St-Charles. This collection of scraps reflects the eclectic nature of this place and its hybrid history.

Of course, it was important that I not simply come up with this abstract idea, but also try it out myself and create a sample of what the project might look like. For my own Living Scrapbook, I experimented with the theme of barriers in Point St-Charles. I sought to analyze, through different materials and artistic expressions, the tensions in space as well as the physical, social, economic and linguistic barriers that exist in the Point. As you can see, I sought to play around with visual, literary and performative forms. For example, I wrote several dives on my experience in the Pointe so far and how I felt welcomed in, despite certain barriers. I also create a small art project where I drew, in simple geometrical form, the different spatial points of contact and modes of communication in the Pointe. Finally, I collected a number of songs from David Fennario’s plays and performed “Don’t Cross the line” a funny, and unforgiving political tune that the characters in Joe Beef sing to entice the workers to go on strike.

I hope this gives you a better understanding of the Living Scrapbook project and why I dreamed of finding a form I could adapt to the community’s needs, interests and wishes. Keep in mind that it is experimental! I am open to all suggestions! 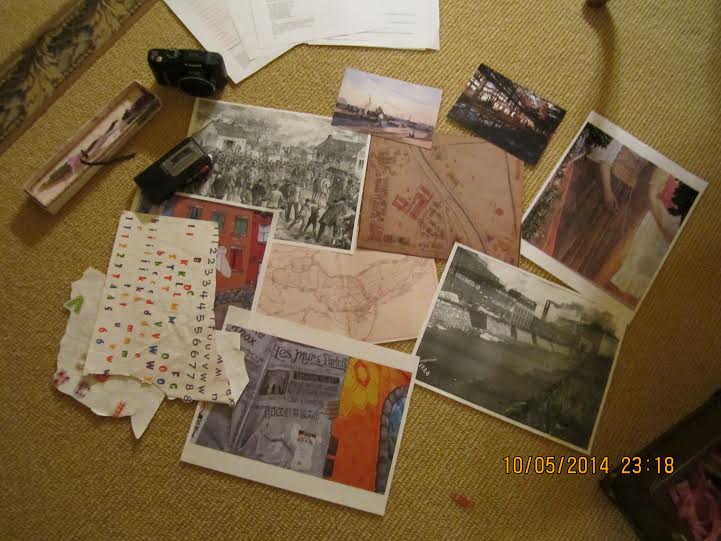 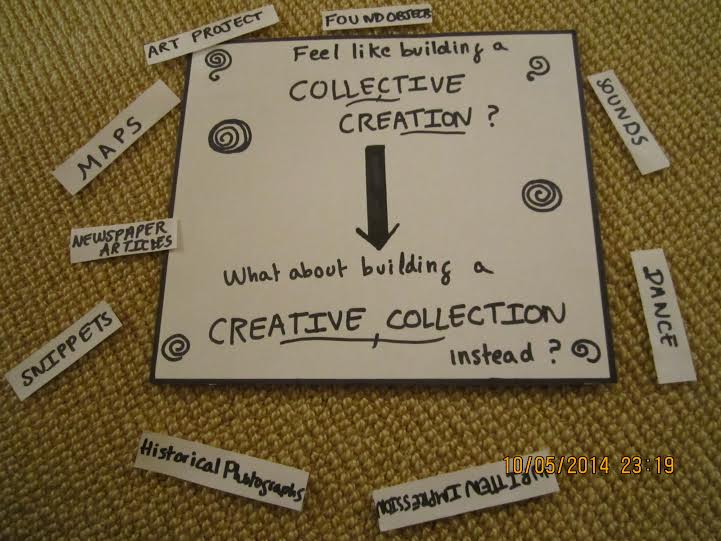